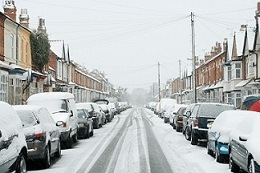 How Plumbers in Birmingham coped with the freezing weather this winter.

An unexpected drop in temperature occurred this winter leavening many people desperately needing the assistance of a plumber at short notice.  To make matters worse the peak of the cold duration commencing from Friday 23rd until Monday 26th February,  was unexpected unfortunately most plumbers in Birmingham only work from Mon- Friday. Although Friday is considered a working day it is usually a day for winding down just before the weekend.  Coping with the high demand for plumbing repairs during the cold spell, can be very demanding. However, it takes genuine passion for plumbing to overcome the daunting challenge of travelling through the hazard of the icy weather. During extreme cold weather plumbing repair’s that our not usually encountered by plumbers on an everyday basis suddenly become commonplace. The opportunity to gain experience dealing with this type of work doesn’t come around very often, maybe once of twice in a decade. 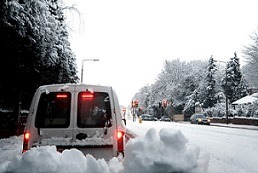 Most people were unprepared for the sudden drop in temperature.

Other regions of the UK that are more accustomed to extreme cold weather may have been  prepared for the sudden drop in temperature. Providing a service that offers a 24 hour solution to emergency plumbing repairs does not make a Birmingham plumber impervious to the dangers of extreme weather. There will undoubtedly be an increase in the demand of work, however with each call-out comes the possibility of being trapped in the snow. Merely attempting to attend a call-out could potentially lead to the possibility of being stuck in the snow. Important items to carry before travelling during extreme cold weather, a shovel, a blanket, Hot drink, fully charged model phone.   Rear wheel drive vehicles have an habit of becoming problematic when it snows, they have great difficulty driving through the snow.  Ideally a four wheel drive would be perfect however,  most plumbers in Birmingham tend to drive vans using front wheel drive.

What types of repairs are most common during extreme cold weather

Under normal circumstances the weather will not infringe on the functionality of either the plumbing or the central heating system. However, exposed pipework will be the most vulnerable area to be penetrated by zero temperatures. Outside garden taps are by far the most common enquiry, even when insulated the contintious low temperature can often penetrate weak areas of the instillation and create problems. Quite often the damage caused by a frozen pipe will become even more evident after thawing out. When the ice melts the free movement of water will then be released through other damaged areas affected by the freeze.

Modern condensing boilers continually release small  amounts of water via a condense pipe, this pipe can easily be identified as a white plastic pipe fitted below the boiler. If this pipe terminates internally then the heat retained within your property should be adequate enough to repel the possibility of the pipe freezing. However, it could be the mixture of the use of an undersized pipe and an outside termination that often leaves some boilers vulnerable to an outside freeze. A frozen condense pipe is rare but occurrence’s like this become commonplace during extremely cold weather.

Areas that are susceptible are usually remote and without heating,  pipework  fitted in lofts are exposed to the cold and should be adequately insulated.  An experienced plumber understands the importance of loft insulation, however, while retaining the heat to the lower areas of the property the loft is left exposed to the cold. Exposed pipework will then be vulnerable and could in turn freeze. Unlike a burst outside tap where the main concern is the wastage of water or the possibility of a water logged garden. A burst pipe in a loft will create numerous problems, if the water supply is not immediately isolated.

Difficulties faced by Birmingham plumbers during the extreme cold weather.

The normal course of action when carrying out plumbing repairs would be to isolate the water supply at the closest appropriate point possible to the damage area then proceed with the repair.  However on occasion it maybe impossible to isolate the water supply internally. At this point a plumber will instinctively move his/her attention to seek the location of the outside main shut off valve.  This process becomes almost impossible during extreme cold weather with the advent of snow on the ground obscuring the location of the main outside shut off valve.  To tackle a situation where there is a burst pipe releasing water with no accessible means of isolation requires expertise.

Similar to the emergency services provided by the water board they often tackle repairs while the water is still running. However a plumber will only attempt such a task after exploring all other possible options. This type of plumbing repair is specialized and should not be attempted without previous experience. When carrying out an emergency plumbering repairs of this type there is no room for error.

How a plumber can give you an insight into cold weather pipework protection.

Some situation’s can easily be avoided by putting prevention method’s in place, rather than deferring this type of work until the cold weather sets in.  Insure all pipework insulation is in tacke, unprotected areas where the pipework can be seen will be vulnerable to the cold.  The keen eye of an experienced plumber can easily identify cold spots and recommend the best method available to secure pipework protection  .

Properties left unoccupied for long periods of time without heating can also be effected by the cold weather.  As a prevention to this,  isolation at the stopcock will minimise water loss if cold weather damage was to occur during this period.  Most modern boilers are fitted with a sensor that will detect a drop in temperature below a level that is detriment to the functionality of the boiler.  Whenever a   dangerous temperature drop is detected the boiler will automatically go from standby to an operational mode.

All the above measures will be obsolete if your domestic utilities are not in full working order, for example if a token operated(gas/electricity) meter runs out this will leave your home susceptible during extreme cold weather.  The reason for this is if either of these meters run out of credit and the property is unoccupied the boiler will not function.